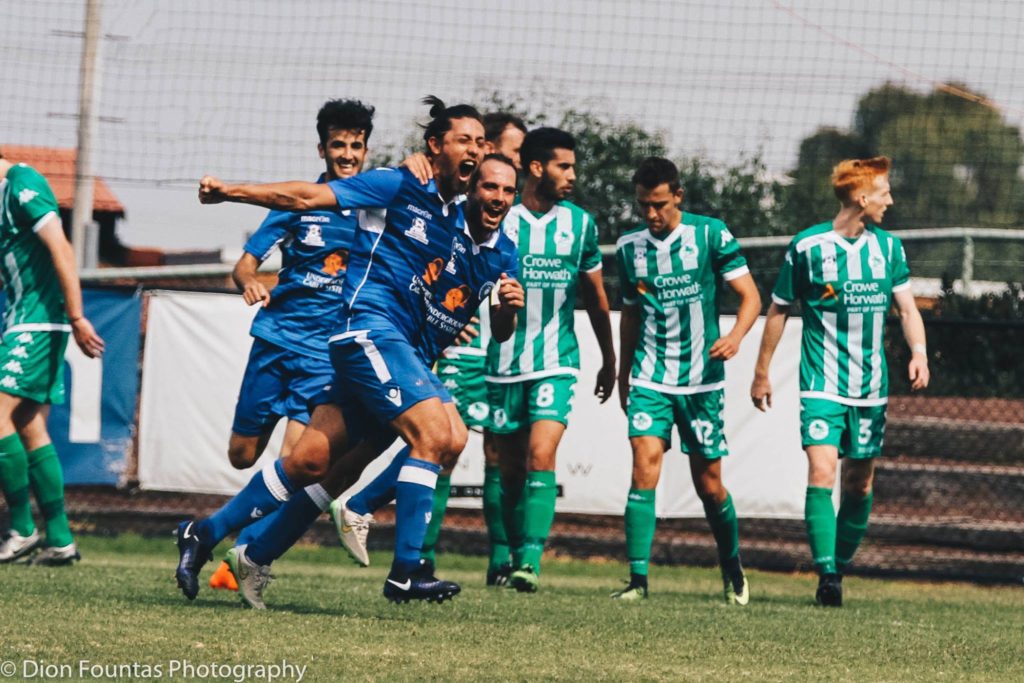 Avondale Football Club’s most highly anticipated season yet will be our 2018 campaign.

After finishing equal second on points and participating in the NPL finals for the first time in the club’s history in 2017. Avondale cemented their place amongst the NPL’s highest reputable teams. A club that continues to defy competitors lowly expectations each and every year, the club has had an upward trend every year for the past 7 years, always finishing higher. That trend sets to continue for the 2018 NPL Victoria Season.

Avondale Football Club’s footballing department wasted no time in their recruitment efforts at the end of last season’s campaign. A disappointing end to the season, with an extra-time loss in the elimination final to Oakleigh Cannons, the club wanted to bounce back and hit the ground running.

The loss of club captain and 2017 NPL Gold Medalist, awarded to the best player in the league, was a minor blip for the strong preseason put in place by the coaching and recruitment staff.

Having the strongest defence in the league over the 2017 campaign, Avondale FC added 2017 Championship winning Ross Archibald who made the switch from Bentleigh Greens SC as well as adding a strong and quick defender Dillion Jakupi from Hume City FC.

Whilst the defence was formidable and reputable across the league, the attacking play at times needed to be improved. The club identified this area and signed Elvis Kamsoba from Melbourne Knights FC. An attacking winger with an abundance of pace who finished in the top 5 of the 2017 NPL Gold Medal. The club also signed Liam Boland, another player from Hume City FC, who only 2 seasons ago lit up the league with his striking power with Green Gully SC. Stefan Zinni was another signing who like Kamsoba is a quick and pacy winger, Zinni had stints at both Melbourne City and Western Sydney Wanderers in the A-League. Head Coach Anthony Barbieri was excited by the prospect of how the club was starting to shape.

We have recruited some young exciting talent to the club. Overall I feel we have improved the depth and quality of the squad. We’re really looking forward to getting started.

Joey Katebian a young striker who scored goals for fun whilst in the NPL Melbourne Victory Youth set-up. Katebian made his move to Brisbane Roar where he managed 4 games in the Roar Orange. He decided to return home and get more playing time with a well-respected club and one that shares the same philosophy.

I’m excited to join a club that is hungry for success, who sets the benchmark for ambition and player culture in the NPL.

Whilst also adding the new signings to the club, the club continues to focus and have faith in their youth with 4 players from last year’s U20 squad being elevated to the Senior squad list as scholarship players. Chris Dossis, a quick and agile forward, Christian Inglese, a player who can play both forward and midfield, James Alvarez, a determined defender and Michael Ballato, a leader who can hold down the defence.

The best part of it all was that all the new signing were signed before November and have had a full pre-season together to gel and work on the club and coaching philosophy. Pre-season games against Hume City FC, Port Melbourne Sharks SC, Whittlesea Rangers SC, Altona Magic SC, Bentleigh Greens, GV Suns and NPLNSW 2017 Champions APIA Leichardt, have given the club the best possible preparations leading into the new season.

With the club also announcing a new 10-year lease with the Reggio Calabria Club for both our Senior and Junior teams to play our home matches out of, the club has high expectations in its ability to build on its past success and take ourselves to the next level.

Our first NPL VIC match of 2018 will be against Green Gully SC on Friday 23rd February with KO 8:30pm, U20s from 6:30pm. We look forward to seeing your support at the game and welcoming new members into the club for our 2018 campaign.