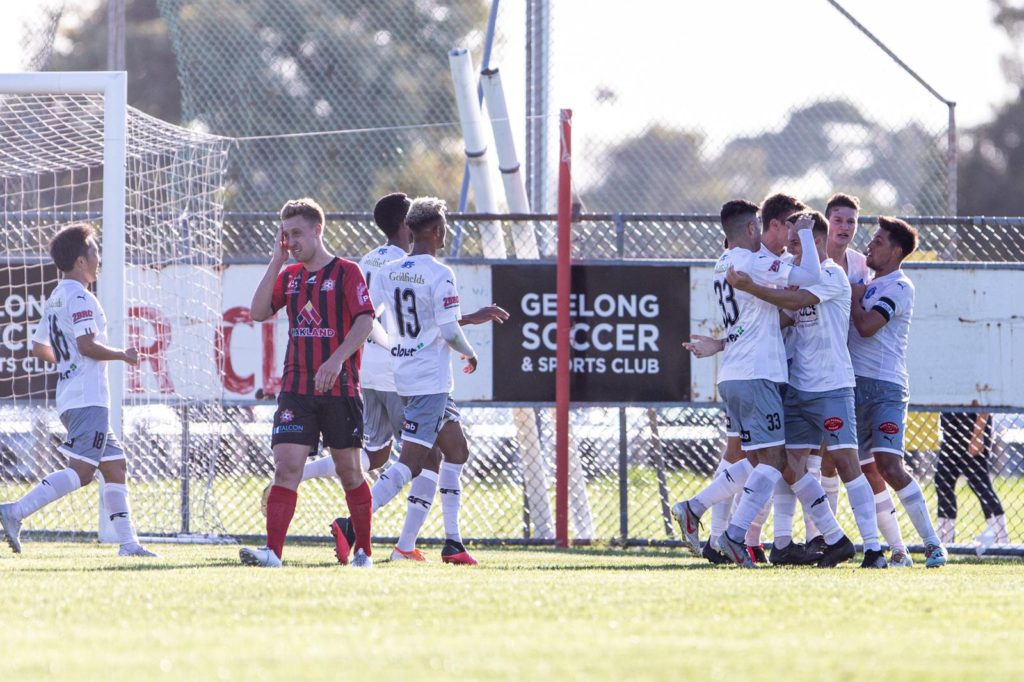 Avondale have claimed their first three points of the season with a dominant 2-0 victory over Altona Magic at Stead Park on Saturday night.

First half goals to Matthew Reid and Stefan Vallentini powered the Avengers past Altona, with the visitors dominating large parts of the game on their way to a comfortable victory.

Head coach Zoran Markovski said the opening round defeat at the hands of Oakleigh would serve as a wake up call for his side, and Avondale looked determined to show themselves as title contenders.

After conceding early against the Cannons the visitors looked much more focused from the get go. Reid slotted back into central defence after missing round one due to injury, and his addition seemed to sure up things down back.

Altona entered the match as underdogs but proved they were up for the fight early on, with both sides battling it out in midfield. Early chances were hard to come by, but by mid-way through the first half Avondale had gained the ascendancy.

Yusuf Ahmed and Valentini both came within inches of breaking the deadlock, before Reid capitalised on his side’s dominance to open the scoring.

The Magic meanwhile struggled to create any meaningful attacks of their own, with a resolute Avenger defence limiting them to just one shot in the first half.

The contest tightened up after the break, but again Altona struggled to generate dangerous attacking chances.

At the other end of the pitch Valentini and Sekiya both had chances to add to their side’s lead, but both wastefully blazed their shots well over the bar.

Later on, 2019 NPL Victoria Golden Boot winner Liam Boland made his first appearance of the season as a substitute, replacing Valentini in the 66th minute. The star striker and Avondale’s leading goal scorer from last season is likely to play a key role in his side’s 2020 campaign.

The victory sees Avondale move off the bottom of the table and up to 11th, with the three-point deduction now erased.

Avondale will hit the road again this week as they travel to take on Green Gully at Green Gully Reserve on Friday night at 8:00pm