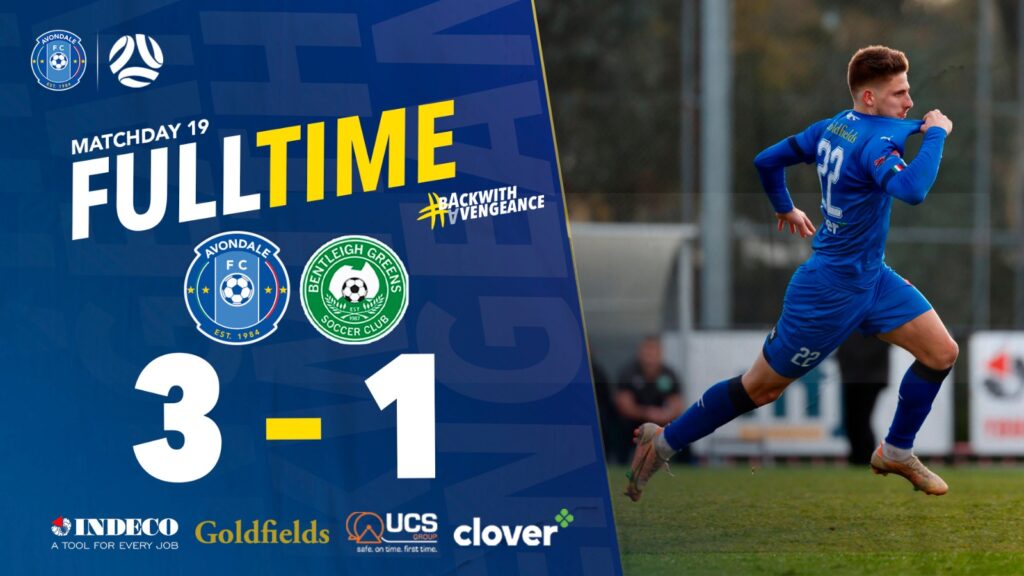 Our senior men’s side have extended their undefeated streak to 16 games with a thrilling come-from-behind win over the Bentleigh Greens at Avenger Park on Saturday.

Avondale trailed 1-0 at the break but two goals in two minutes from Stefan Valentini turned the game on its head before Yusuf Ahmed sealed the deal with a late strike.

A loss for the Avengers would have seen their lead on top of the table shrink to just two points, and it was the Greens who had the early advantage. A mix up at the back left the goal wide open, allowing Bentleigh’s Braedyn Crowley to slot the ball into an empty net.

Trailing at the break Avondale needed a big performance in the second half, and that is exactly what they delivered.

Valentini brought the home side level four minutes in to the second half after tucking home a rebound inside the box. Less than two minutes later he gave Avondale the lead, this time blasting a right-footed strike into the top corner.

Ahmed then ended any hopes Bentleigh had of a comeback in the 88th minute, neatly rounding the keeper before firing home Avondale‘s third goal of the game.

The result sees Avondale maintain their five-point lead on top of the table, while the gap over 2019 champions Bentleigh has grown to eight points.