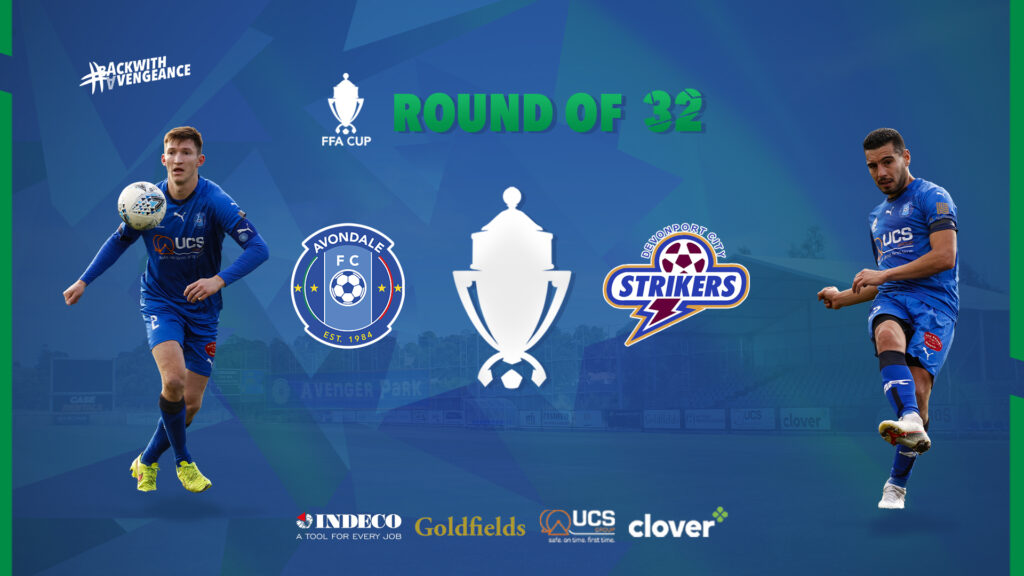 Avondale will face off against Devonport Strikers in the FFA Cup Round of 32. Avondale were drawn as the home team and will face the Tasmanian side at ABD Stadium in August.
It will be the second time these clubs have met in the FFA Cup, with Avondale defeating the Strikers 4-1 in the Round of 16 in 2018.

The upcoming clash will see the top teams in Victoria and Tasmania go head-to-head, with Devonport and Avondale both currently sitting in first place in their respective leagues.

It is the second time in club history that Avondale have qualified for the national stages of the FFA Cup. In 2018 the Avengers made it through to the quarter finals before falling to A-League side Sydney FC 4-2 after extra time.

Further details about the match will be confirmed in the coming weeks, with an exact time and date still to be determined. Stay tuned for more information!