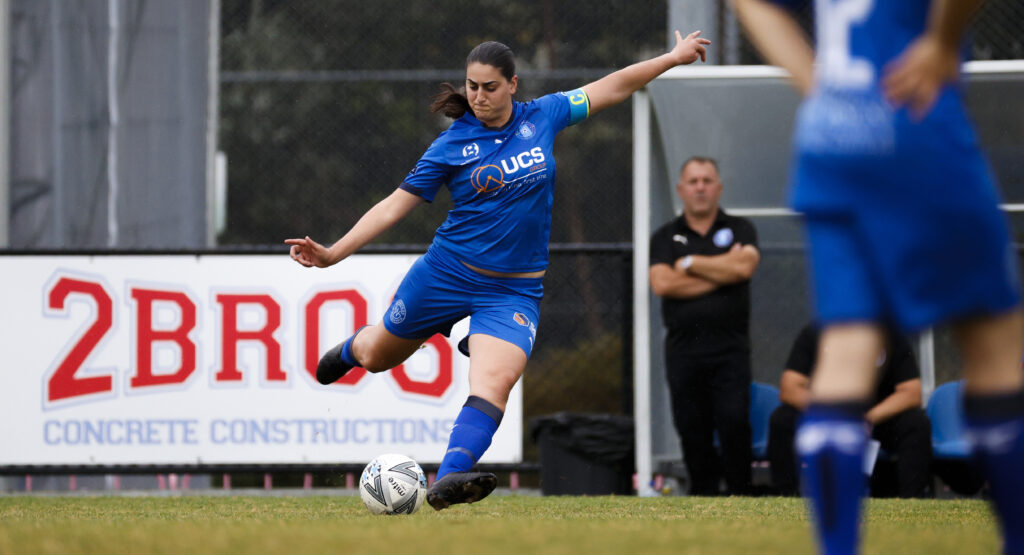 From a young age, Sophia Iosifidis was surrounded by football, immersed in the sport from watching her dad and uncles play, as well as following her family around football clubs.

“Growing up, I lived and breathed football,” she said.

Iosifidis was originally swimming competitively, however always had a desire to play football.

“One of the best days was the day my dad finally agreed to let me join a soccer team,” she said.

Consequently, since around the age 11, Iosifidis has played the sport, resembling her footballing idols Steve Iosifidis, Ano Iosifidis and Nick Iosifidis – her dad and uncles.

Throughout her football journey, Iosifidis initially played at Altona City, before competing for multiple other clubs including Yarraville, Kings Domain and Albert Park.

Iosifidis, reflects representing Victoria in futsal, as well as at any early age being selected into the Victorian North-West regional team for outdoor, as some of her big football achievements.

Also highlighted was whilst at Altona City playing under 16s, Iosifidis, was asked to play for the senior women’s squad.

As a player, Iosifidis says she is “happy to play any position I am needed.”

Life outside football for Sophia Iosifidis

A secret talent that no one knows:

Iosifidis can make trumpet sounds with her mouth and make her face look like a monkey.

Iosifidis is a Year 6 teacher. She loves any outdoor activities, including hiking, surfing, snowboarding and camping

If Iosifidis could have dinner with three celebrities, they would be:

Quote to live by:

“You could be drowning in 20 cm or water or 2 m, drowning is still drowning. Be kind and considerate because you never know what people are going through.”