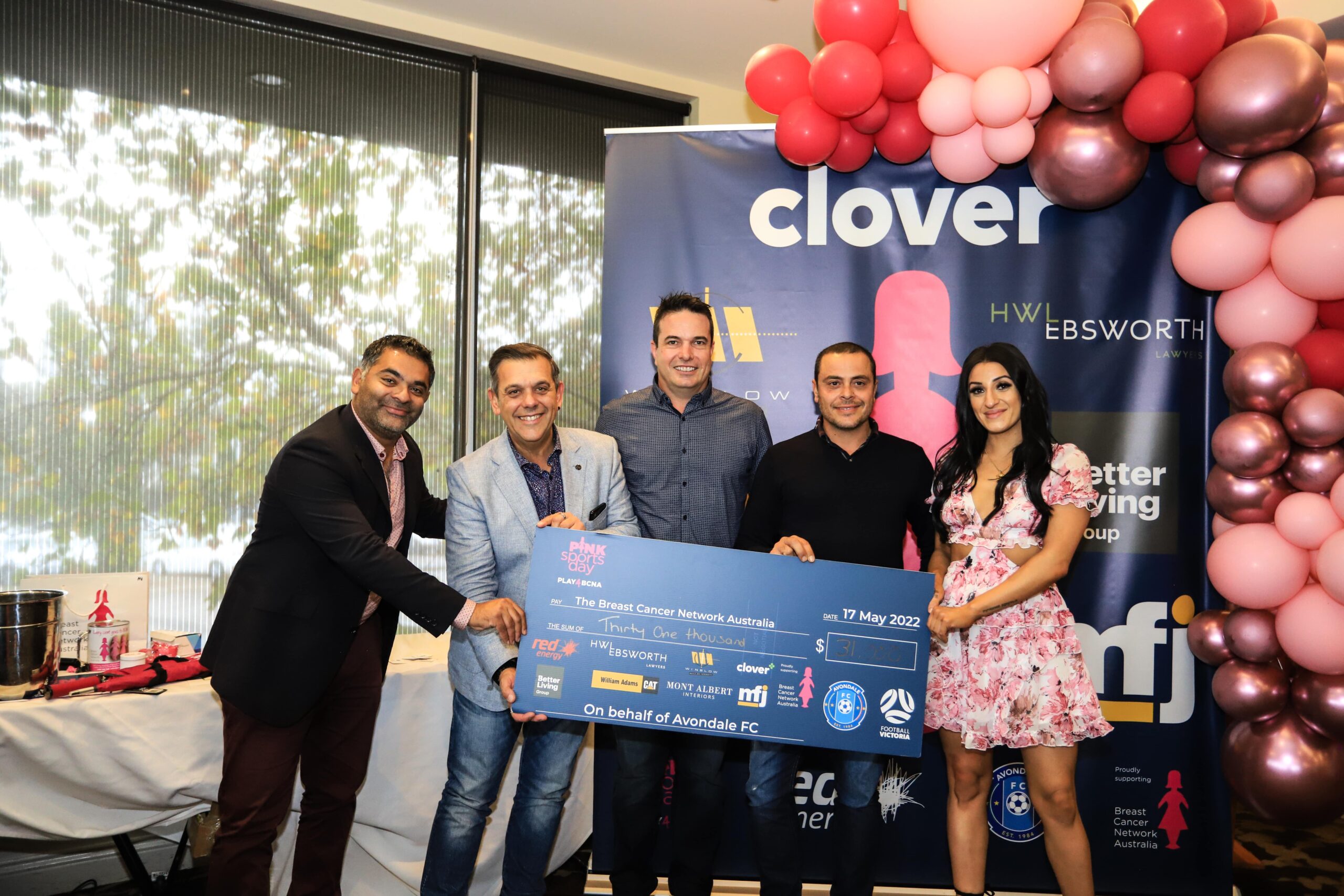 BCNA is Australia’s leading breast cancer consumer organisation, working tirelessly to ensure that all Australians who are affected by breast cancer receive the very best care, treatment and support.

The event was a resounding success, with over $31,000 generously raised for BCNA. Hundreds of people attended the day, including several VIP guests.

The special event began with a clinic that was open to all junior Avondale FC players, supported by the junior girl coaches. We were lucky to be joined by Melbourne Victory A-League women’s captain Kayla Morrison and Paige Zois. The Melbourne Victory players then signed autographs, conducted a Q&A and posed for a group photo with the juniors.

The early start to the morning was made all the easier thanks to Red Energy who donated a coffee cart which provided parents with coffee and pink filled cannoli’s for a gold coin donation.

Following the junior girl’s clinic, Avondale FC’s senior women’s SL4 team hosted a special charity exhibition match against Afghan Women’s team – Melbourne Victory. To mark the occasion Avondale FC wore a special pink/ black playing kit to fully embrace the spirit of the Pink Sports Day. The crowd showed their fierce loyalty as the weather was not kind to the spectators. The game finished with Avondale losing 3-2, however the real winners of the day were BCNA fundraising.

Avondale FC hosted a special charity luncheon that was MC’d by Lousie Taffa. The luncheon featured speeches from BCNA CEO Kirsten Pilatti, BCNA ambassador Kathryn Elliott who shared her incredible story of survival and Afghan player Bahara gave us some insight on how important football is to her. The lunch this year was a popular event, with 148 people, many of them our loyal sponsors in attendance.
The day’s final event was between Avondale’s senior men’s team and Heidelberg United FC. Like the senior women, the men’s side wore a special all-pink kit featuring the Pink Sports Day and BCNA logos. Unfortunately, Avondale FC went on the lose 3-1 on a wet afternoon.

With tens of thousands of dollars raised and hundreds of fans in attendance, Avondale FC and BCNA’s Pink Sports Day was a tremendous success. Everyone in attendance fully embraced the spirit of the day, making donations and purchasing special BCNA merchandise to create a sea of pink around the stadium.

Avondale FC is immensely proud to have partnered with such a worthy and incredible charity in BCNA. The $31,000 raised will help provide support for the more than 20,000 Australians who are diagnosed with breast cancer this year.

The day would not have been possible without the incredible support and sponsorship from HWL Ebsworth Lawyers, Clover, William Adams Cat, Better Living Group, Red Energy, Winslow Constructors and MFJ Constructions.

Finally thank you to all the individuals within the Avondale FC community who helped make the day what it was, your time and dedication does not go unnoticed.

Donations have not closed yet, if you would like to get involved, please go to https://pinksportsday.bcna.org.au/my-fundraising/460/avondale-football-club