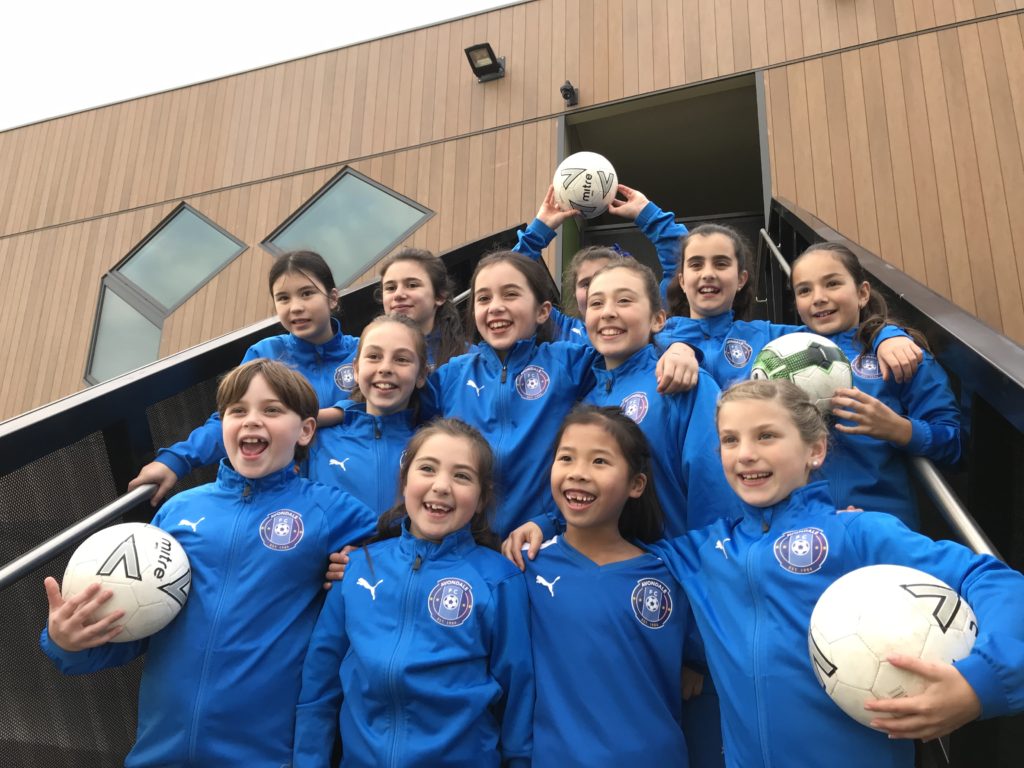 Avondale FC established two community girls team in 2017, this consisted of a U9’s and U12’s (Avondale FC has been a predominantly male-oriented club since 1984).

The current girl’s teams (U9’s & U11’s) now train twice a week (Wednesday and Friday nights) and played their matches against other teams on Sundays.

Throughout the 2017 season, it became obvious that the facilities at Avondale FC (Doyle Street) were not as female friendly as the club would have liked, this was despite the clubs best efforts to accommodate for our girl’s teams.

With Avondale FC’s vision to grow female participation in soccer (within the community), the club acknowledged the need to offer adequate female friendly facilities for not only its girl’s teams but for all females involved at the club including parents and visitors.

After discussions between Avondale FC, parents and the MVCC our girl’s teams secured the use of the brand NEW complex/facilities at Fairbairn Parks. Thanks to the MVCC our girls now have their own change rooms, dedicated restrooms and a club room.

The decision by the MVCC to provide the Fairbairn Pack facilities to our girls, has had such a positive impact on our girls in so many ways, Our girls feel a sense of belonging – they have somewhere they can call home and so much more.

Together, they are now more confident then they have ever been, this reflects both on and off the pitch. These club rooms have also given our girls a space to bond with each other, since acquiring these facilities, we have had pizza nights, movie nights and even a pamper and pasta night for the girls, with many more team building events planned.

Avondale FC’s 2019 Vision is to grow from its current two girls teams in 2018 to five teams in 2019, based on the increased numbers of female players joining the club (week on week) we are on track to achieve this target.

These new facilities will also ensure that the club’s vision to grow female participation can now become a reality. The club is in the process of seeking sponsorship, this will provide females the opportunity to be involved at our club. This includes employment and coaching opportunities.