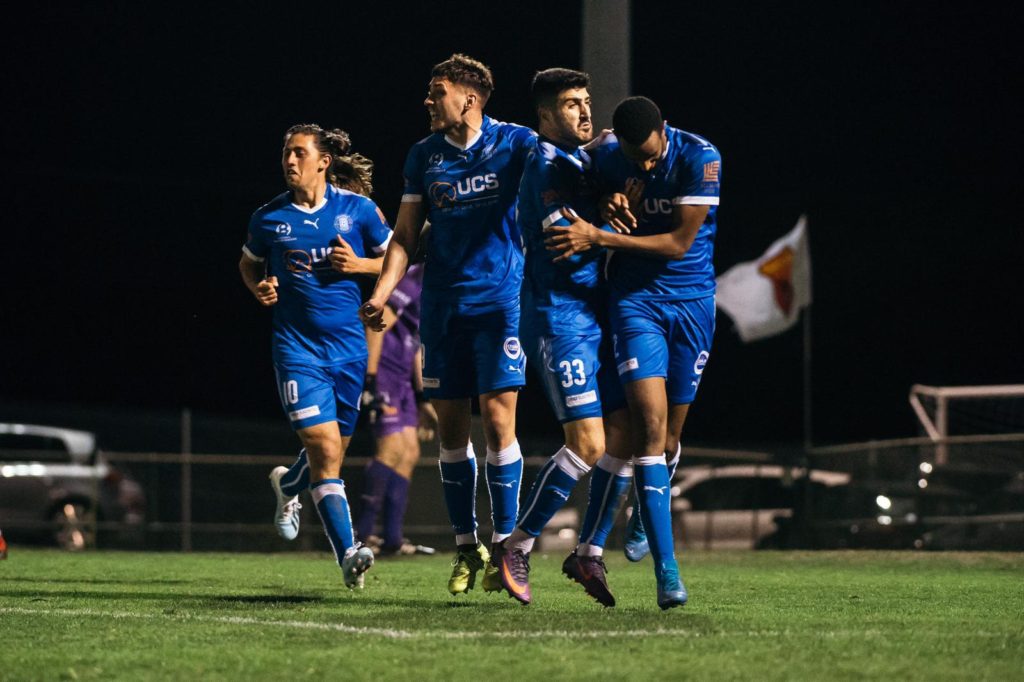 Avondale have claimed a crucial three points after a commanding 2-0 victory over the Altona Magic on Saturday night at Paisley Park.

In what was arguably their biggest game of the year so far, the Avengers overcame illness, suspension and incredible pressure, putting in a dominant performance to claim a much needed win that guarantees Avondale a top-two finish and a home semi final.

With first place on the line the Avengers got off to a fast start and had a golden opportunity to open the scoring after just five minutes.

Tasuku Sekiya was brought down in the box by Magic keeper Shane Viitakangas, with the referee showing no hesitation in pointing to the spot. But Viitakangas made up for his initial error, saving Jonatan Germano’s penalty to keep the scores level.

The early opportunity proved to be Avondale’s best chance of the first half as the visitors struggled to generate dangerous changes.

Sekiya, Germano and Yusuf Ahmed tried their luck from range, but failed to open the scoring as the sides headed to the break locked at 0-0.

But once play resumed, the scores didn’t remain tied for long.

Ahmed played a neat little one-two with Joey Katebian to put himself through on goal before lifting his shot over an onrushing Viitakangas and into the net to give the Avengers the lead 13 minutes into the half.

The goal settled the nerves among the Avondale travelling fans but there was still plenty of tension as the visitors pushed for a second goal.

Katebian came within inches of putting any fears of an Altona comeback to bed, but his superb curling shot crashed into the post and was cleared away off the line before an Avondale player could toe-poke it home.

Sekiya then also came close to adding a second goal – Katebian played a lovely pass to find him at the back post but the Japanese international couldn’t get his shot on target as it flashed wide of the goals.

The Avengers eventually found their game-clinching goal after the 90-minute mark with Stefan Zinni – who came on as a substitute after battling gastro – blasting his strike past Viitakangas at the near post to put the game to bed.

Avondale’s defence was outstanding throughout the match, restricting the Magic to just four shots all game and limiting them to just one real goal scoring chance.

The result keeps the Avengers two points ahead of second-placed Heidelberg United, who claimed a 1-0 win over Port Melbourne thanks to a 96th-minute winner.

Heidelberg, who have a game in hand, will play their catch-up game against Oakleigh Cannons this Friday night before taking on Avondale at Avenger park on August 17th.

Avondale meanwhile will rest up thanks to a weekend off thanks to the catch up round as they get ready for their huge, potentially title-deciding clash with Heidelberg.