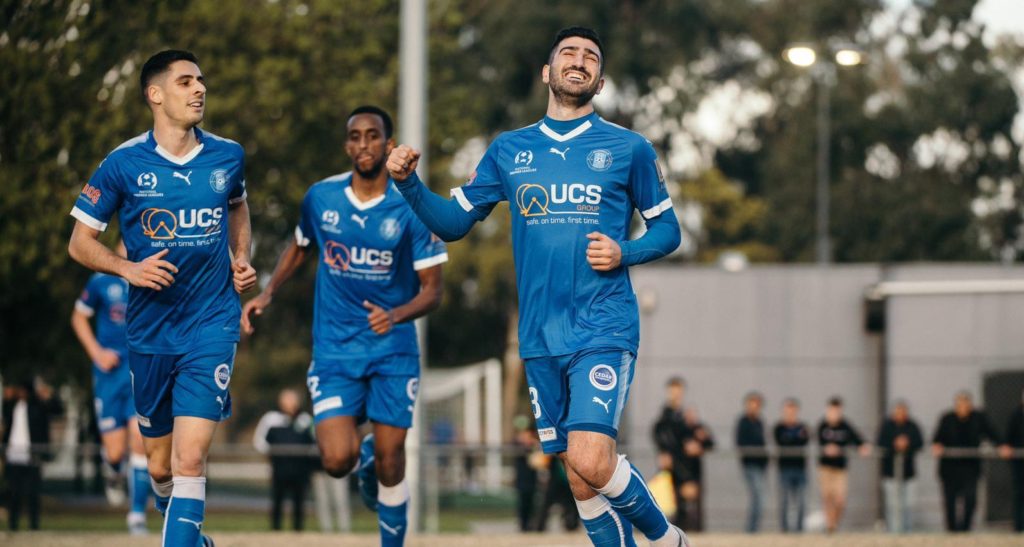 Avondale have concluded the 2019 NPL regular season with a smashing 3-0 win over the Bentleigh Greens at Kingston Heath Reserve.

First-half goals to Stefan Valentini and Scott Hilliar put the Avengers in a commanding position at the break, before a rocket strike from Joey Katebian late in the second half capped off a dominant performance.

Avondale needed a win if they were to have a chance of jumping back into top spot, but despite putting in one of their best performances of the season and earning the required result, they fell just short.

Heidelberg United’s 3-0 win over South Melbourne ensured the ‘Bergers would finish two points ahead of the Azzurri to claim back-to-back premierships.

Prior to kick off, head coach Zoran Markovski encouraged his side to play with passion and show no fear, and his team responded.

Avondale controlled the game from the outset, dominating possession and moving the ball with ease. Tasuku Sekiya and Stefan Valentini both had early sighters on goal, but neither could manage to put their shot on target.

Despite their strong start, a mistake from defender Scott Hilliar gifted the home side a chance to take the lead. The New Zealand international misplayed a pass allowing Greens’ striker Matt Thurtell to pounce on the loose ball and charge through on goal, only to drag his shot wide of Chris Oldfield’s far post.

The chance would turn out to merely be a flash in the pan for Bentleigh as the Avengers quickly regained control of the match and soon took the lead.

Liam Boland played a delightful through ball to put Valentini through on goal, with the midfielder tucking his shot past Bentleigh’s onrushing keeper with ease to net his sixth goal of the season.

Not long after taking the lead the Avengers soon doubled their advantage through an unlikely source. Sekiya delivered a tantalising corner before Hilliar’s glancing header bounced off the post and over the goal line for the central defender’s first goal of the year.

Avondale took their commanding lead into the break having limited their opponent’s chances offensively, holding Bentleigh to just two shots in the first half.

Once play resumed Avondale picked up where they left off, continuing to control possession and dominate the pace of play.

Jonatan Germano looked as if he would add to his side’s lead after he launched a sizzling effort goalward, only to have his shot cleared off the line by a perfectly placed Bentleigh defender.

At the other end of the pitch Oldfield made a superb charging save to deny Thurtell’s shot on goal, before Phillip Riccobene made fantastic goal line clearance to preserve his side’s clean sheet and turn away Bentleigh’s best chance of the game.

A Bentleigh comeback seemed unlikely as the home side struggled to pressure the Avondale defence and create dangerous scoring chances, and soon any thoughts of a Greens fightback were put to bed in stunning form.

Substitute Joey Katebian made an impact off the bench and an impact on the back of the net after he uncorked an absolute rocket of a shot, with his strike from distance screaming past the fully outstretched Bentleigh keeper before blasting into the goals.

Despite having stitched the game up the Azzurri were hungry for more goals and desperate to help Boland find the back of the net, with the striker needing a goal to draw level on top of the league’s golden boot race.

The big man had a number of chances late on – including a well-struck effort that crashed into the post before bouncing straight back to the goalkeeper – but he failed to find what would have been his 23rd goal of the season.

The disappointment of Boland’s missed milestone was soon overshadowed as the final whistle blew and word travelled around that Heidelberg had won their game against South Melbourne to clinch the title.

The result at Lakeside Stadium ensured that Avondale would only finish as runners up, but the win for the Avengers over Bentleigh capped off a remarkable season that saw them finish second on the table, their highest-ever finish in the NPL.

Their lofty finish wasn’t the only major accomplishment of the season. The team also set a club NPL record for goals scored – leading the league with an impressive 63 goals, while also going on a club record 12-game unbeaten run.

The Avengers will now put the regular season in the rear view mirror as they prepare for their third-consecutive finals campaign.

Avondale have earned a first-round bye in the playoffs and will face the highest remaining team out of Oakleigh (third), Green Gully (fourth), Bentleigh (fifth) and Hume City (sixth) on Saturday September 7 at 2:30pm at Avenger Park.