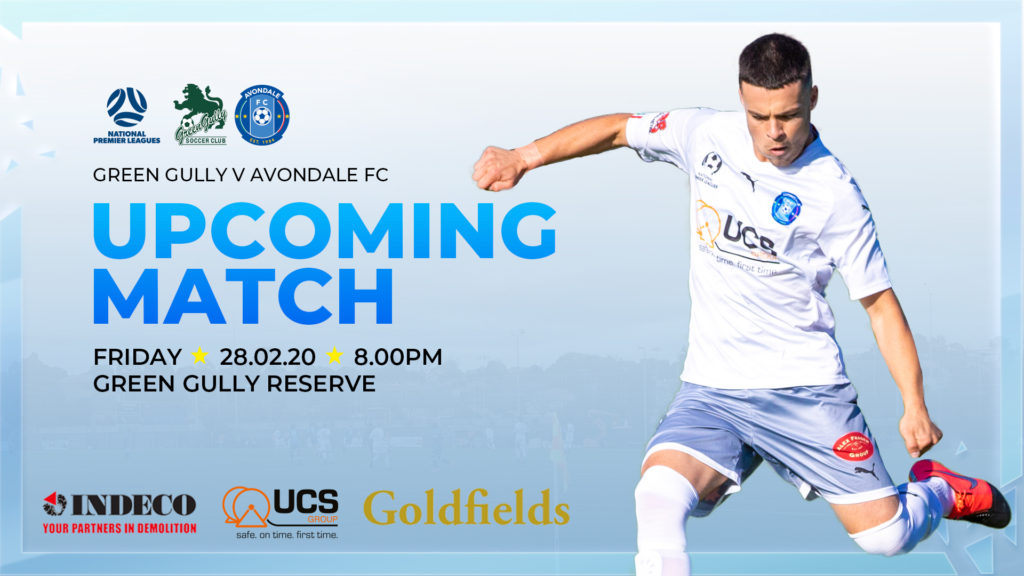 Avondale will hit the road for the third week in a row when they travel to take on Green Gully at 8:00pm on Friday night.

The Avengers will enter the game fresh off their first win of the season after a comfortable 2-0 victory over Altona Magic last Saturday.

The clash looms as a borderline must-win match for both outfits. Having both made the finals last year, the two sides find themselves in unfamiliar territory on the ladder this season, with Avondale sitting in 11th position and Green Gully in 12th.

Green Gully’s lowly ladder position is a result of back-to-back defeats at the hands of Hume City and newly-promoted St Albans, while Avondale’s win over the Magic saw them erase their point deduction penalty and return to zero.

After his side’s win over Altona, head coach Zoran Markovski praised his side’s effort, describing the performance as “super”.

“I’m just proud of my Avondale boys today, [it was] a massive response after round one,” he said.

“To get our first win on the board for 2020 I’m really looking forward to round three against Green Gully.”

There should be plenty of forward fire power on display on Friday night when these two attacking teams face off, including a potential golden boot showdown.

Last year’s NPL Victoria golden boot winner Liam Boland is a chance to make his first start of the season after appearing as a second-half substitute last week, and could go head-to-head with last year’s golden boot runner-up Alex Salmon.

There was plenty of drama the last time these two teams faced off, with Salmon scoring a goal in the 92nd minute to snatch a 2-1 victory for Green Gully at a rain-soaked Avenger Park last year.

Brandon Lundy is set to miss this week’s game with a minor knee injury, while club captain Phillip Riccobene will still be sidelined for another 2-3 weeks with an ankle strain.