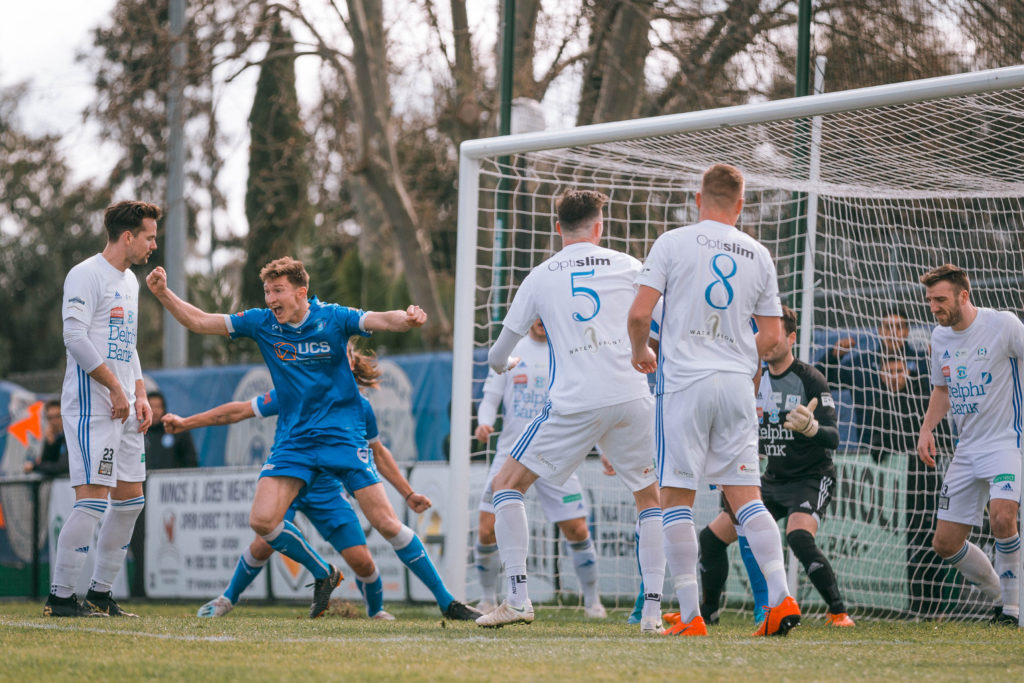 Avondale have clinched a spot in the NPL Victoria Grand Final after a dominant performance saw them claim 2-0 win over the Oakleigh Cannons at Avenger Park on Saturday.

Headed goals from Scott Hilliar and Stefan Valentini powered the Avengers past the Cannons, securing Avondale a grand final berth for the second-straight year.

Avondale will face the Bentleigh Greens at 6:30pm on Sunday at AAMI Park in the grand final as they look to secure the club’s first NPL championship.

With everything to play for, Oakleigh entered the semi final matchup in league-best form. The Cannons were undefeated in their last 17 games – an incredible run that saw them climb from 12th on the ladder to third.

But despite their opponent’s stellar form heading into the game, Avondale took the ascendency early. The home side controlled possession from the outset and created an early chance on goal for Stefan Zinni, but his well-hit shot was wide of the target.

The chance was a signal of things to come and soon the Avengers opened the scoring. Liam Boland flicked the ball on from a beautiful James Riccobene corner, with Hilliar in the perfect position to head the ball home.

The goal was the New Zealand international’s second in as many games after he also found the back of the net against Bentleigh in the last game of the regular season.

Bolstered by the lead, Avondale carried on their momentum and had numerous opportunities to add to their advantage. Boland, Brandon Lundy and Yusuf Ahmed all had shots that just missed, while Joey Katebian’s close-range strike flew past Oakleigh keeper John Honos but couldn’t avoid a well-placed defender on the goal line.

Meanwhile, Oakleigh struggled to create any dangerous chances of their own as they were held to just two shots in the first half, with Tasuku Sekiya doing an outstanding job in nullifying danger man Joe Guest.

After the break, Avondale continued to dominate proceedings. Jonathan Germano’s curling effort crept just over the bar, while Lundy delivered a superb cross to find a wide-open Boland in acres of space inside the area, only for the big man to head his effort wide.

Ahmed too had another chance to double his side’s lead after he made a penetrating run into the box, but his well-hit shot failed to hit the target.

A second goal for Avondale felt imminent, and soon another brilliant cross from Lundy made it a reality. Lundy skipped past two defenders near the touchline before whipping in a perfect ball to find an unmarked Stefan Valentini on the back posto head it home.

Oakleigh had struggled to generate anything meaningful going forward and the second goal all but wrapped up the result. The Cannons’ finally managed some sustained attacking pressure late on, but it was too little too late as the Avengers help on to book their ticket to AAMI Park.

After the game head coach Zoran Markovski described the match as his team’s best defensive performance of the season, complementing the crucial defensive role Sekiya played in limiting Guest and Oakleigh.

Elsewhere, the Bentleigh Greens defeated the minor premiers Heidelberg United 2-1 to secure their spot in the grand final to face Avondale.

The Greens made the grand final in 2017, defeating Heidelberg 2-1 in extra time.