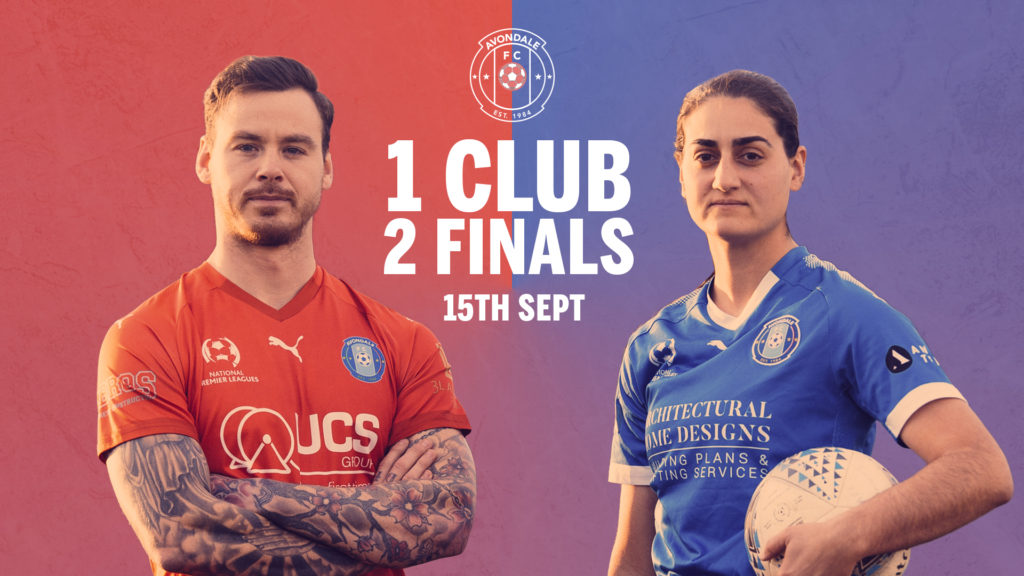 Get ready for a huge weekend of Grand Final action!

Avondale clinched their spot in the NPL grand final with a dominant 2-0 win over the Oakleigh Cannons, while Bentleigh stunned Heidelberg United 2-1 to book their ticket to the big dance.

The two sides will meet at AAMI Park on Sunday, with kickoff at 6:30pm. Click here to purchase your tickets, kids under 13 are free.

The Avondale fans will be packing out Bays 52-54 on level 1, so make sure to wear your Avondale colours and bring the noise as we go for our first ever NPL title!

Busses will depart from Avenger Park to take fans to the stadium. There are a LIMITED number of spots available, so make sure to contact Despina to book your seat!

Avondale fans will also be meeting at The Precinct Hotel in Richmond from 2pm for some pre-game food and drinks, before walking to the stadium prior to kickoff.

After the match, come back to the Members Lounge at Avenger Park to celebrate a fantastic season with the players and coaches. Food will be available on the night, with drinks available at bar prices.

Entry to the stadium will be via gates 1 & 2, with public parking available across the road from the stadium on Olympic Blvd.

Our senior women’s team will be out to claim another piece of silverware this weekend when they face the Port Melbourne Sharks in the State League 4 championship match.

Avondale advanced to the championship decider after a crushing 9-0 victory over RMIT FC. The Avengers will come up against a much tougher opponent this week however, as they face fellow powerhouse Port Melbourne.

The Sharks finished atop the State League 4 South, winning 17 games and losing only one while scoring an impressive 106 goals.

The game will be played at 2:30pm on Sunday at Hillsview Recreation Reserve. Make sure to head down to show your support as the the team chases more silverware this season before heading in to AAMI Park!