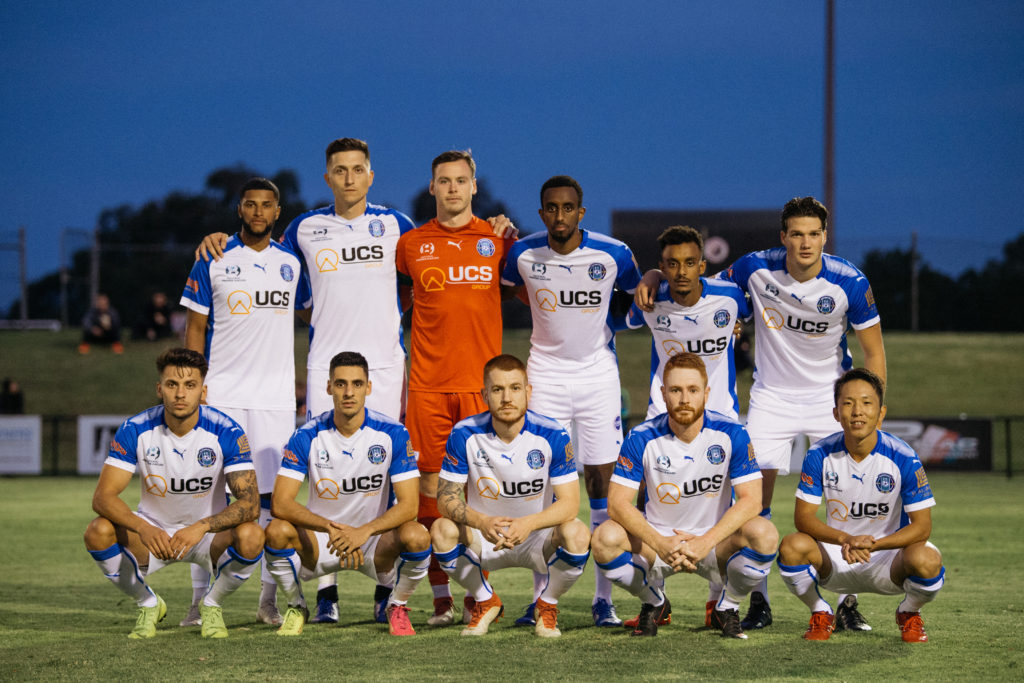 Quality all over the pitch sees strength in depth.

After the clubs successfull exploits in 2018 the coaching staff led by Zoran Markovski have stressed the importance in depth
if we are to be again amongst the front runners in 2019.

After the most successful season in the clubs history in 2018, alot of planning and preperation has been done in the build up
to the 2019 NPL Season. The club has made changes in order to compete again in all competitions in what looks to be another
competitive season with other clubs strengthening across the league.

On the coaching front Zoran Markovski took over as Senior coach after spending the last 2 years as Senior Assistant.
He brought in Jeff Fleming as assistant coach after Fleming hung up the boots on an illustrious career which ended after 4 years
in the heart of the Avengers midfield. Andy Vargas also joins as Senior Assistant bringing a wealth of experience with him and Rob Bryan continues on as GK coach.

Whilst the squad has lost experience, the coaching group are confident the new signings have strengthened the squads depth
and will take the team to another level in 2019 and beyond.

The first of the signings were the youthful duo of Jye Spiteri and Yusuf Ahmed who have both spent time in the A-League youth system.
Jye is an up and coming centreback who will make great strides in learning his trade playing Senior football at this level where Yusuf
will provide attacking flare from the wing and look to beat opponents to set up chances for the front line.

Scott Hilliar has signed from Team Wellington where he recently played at the club world cup and boasts some impressive qualities to cover
our defensive departures. Mathew Reid and Charle Beverly were also signed by the club to provide depth at the back. Reid joined from Moreland City after winning their best and fairest in 2018 and is hungry to earn his place at the NPL Level. Charles Beverly unfortunantly suffered a knee injury in just our 3rd pre-season friendly in Jan and will be sidelined for 3-4 months and will be an option to bring in during the mid season transfer window.

Brandon Lundy and Stefan Valentini will both provide pace and power going forward after impressing in the pre-season. Lundy joined from
NSW side Apia Leichhardt whilst Valentini returns to Australia from a spell at German side TuS Erndtebrück after growing up in Perth.
Keenan Gibson is another rising prospect which will bolster our midfield, signed from NSW side Rydalmere Lions after leaving Northcote City to pursue further opportunities.

Finally our Japanese play maker Tasuku Sekiya is already lighting up the pre-season as he starts to form partnerships with Jonatan Germano and Yitay Towns in Midfield.
Signing from Apia Leichardt, Sekiya will provide the killer pass for Boland and Katebian to continue their scoring exploits from last season.

These new additions along with the return of Dillon Jakupi who spent the 2nd half of 2018 recovering from a knee injury will form a formidable squad. The more the team play together, the better the understanding between new and old will become.

With plans and permits in the process of being approved for continued works at Avenger Park is threatens to be another exciting season for the boys in blue.

We look forward to seeing everyone down at Avenger Park for our First home Game on Saturday Feb 23rd.